I spent most of my teenage and adult life restless and immersed in psychological suffering. That prompted me to seek knowledge and help to address that suffering and hopefully eliminate it.

At a young age I joined a 4th Way school in the Gudjieff/Ouspenky/Rodney Colin tradition aiming at such a feat, where I spent eighteen years as a student. While there, my personality was re-educated and I developed the practical ability of making efforts and to control it. Also there, I adopted the belief that what I had been seeking spiritually was to be found as a result of “creating an immortal soul”.

Towards the end of my time there I was introduced to Non-Duality teachings by a friend. I then left that school and traveled and visited several teachers, among them was John Wheeler, who first alerted me to the ever-presence of What I Am. And his message was heard clearly and unequivocally. A deep Glimpse into the Truth of Our Being or, the Natural State.

For a period I thought that was it. The end of suffering!

Alas! It was not. There was more work to be done. But it was work of a different kind. It became the way of denial. Neti-neti. Elimination.

The spiritual notion of an “awakened me” who would gain something such as a soul or immortality, which had been the focus of my previous spiritual education, was now out of the way, thankfully. Now it was time to throw all of that spiritual-me’s baggage overboard until nothing was left.

The non-duality pointer did its job successfully. Now other tools were needed. Repeating the mantra “I Am That” just did not cut anymore. I had to backtrack, look carefully at the psyche’s parts, find and snip the cause of suffering at the root.

It took another fifteen years for the process to run its course and bring about the Total Acceptance and Peace that had been sought; through the removal of false identification.

I have made some of my writings and dialogs available on this website attempting to perhaps demystify, to some degree, a subject that is fraught with misunderstandings. It must be so by force because seeking and the path are rooted in a misunderstanding.

I describe what I have seen on the path and what I see at the end of it. I also offer some tools and pointers on how to go about running the last stretch of the spiritual path for those who might resonate.

If you want to know more about the stuff I do in life check out my website at: felipeoliveira.com

Peace to you, always and everywhere. 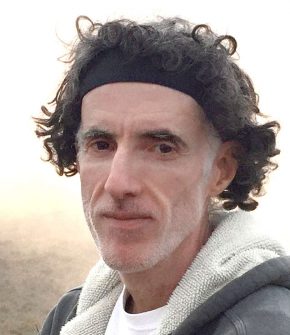 To be invited to Zoom questions & answers sessions send your information below.